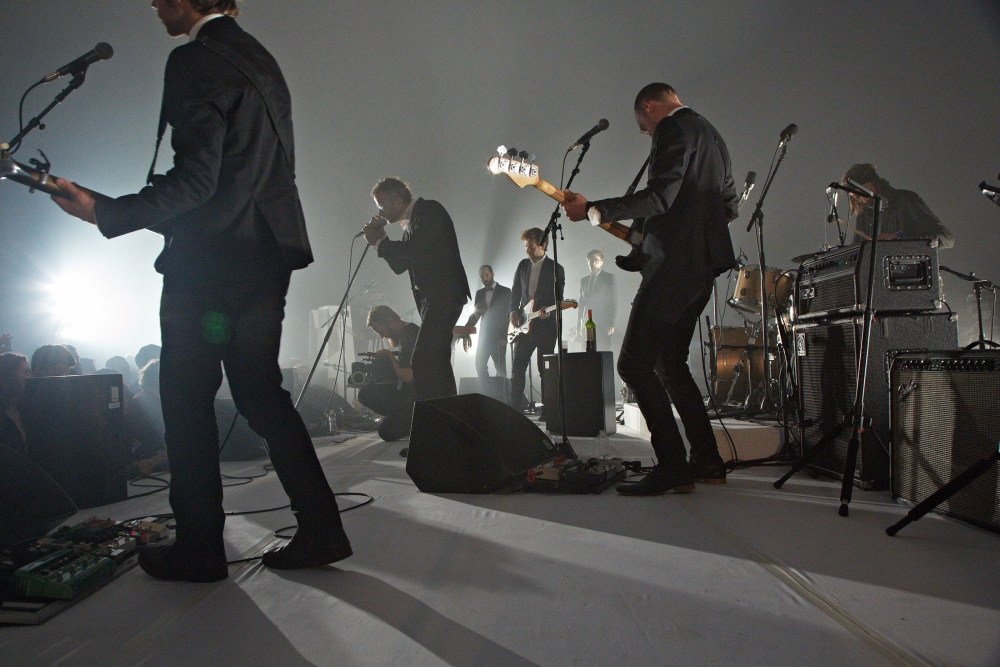 On June 11, The National takes Joe’s Field for the band’s only 2016 headline concert in the Northeast (outside of festival appearances). Lauded for its “perfect track record” (The Independent) of acclaimed albums and live performances, The National brings over 15 years of music to MASS MoCA’s largest venue, just days after its much-anticipated May 20 release of a 59-track Grateful Dead tribute album, Day of the Dead. A Lot of Sorrow, Icelandic artist Ragnar Kjartansson’s 6-hour video collaboration with the band, will be on view in the Hunter Center to coincide with the concert.

Image: Ragnar Kjartansson and The National, A Lot of Sorrow, 2013-2014, single channel video