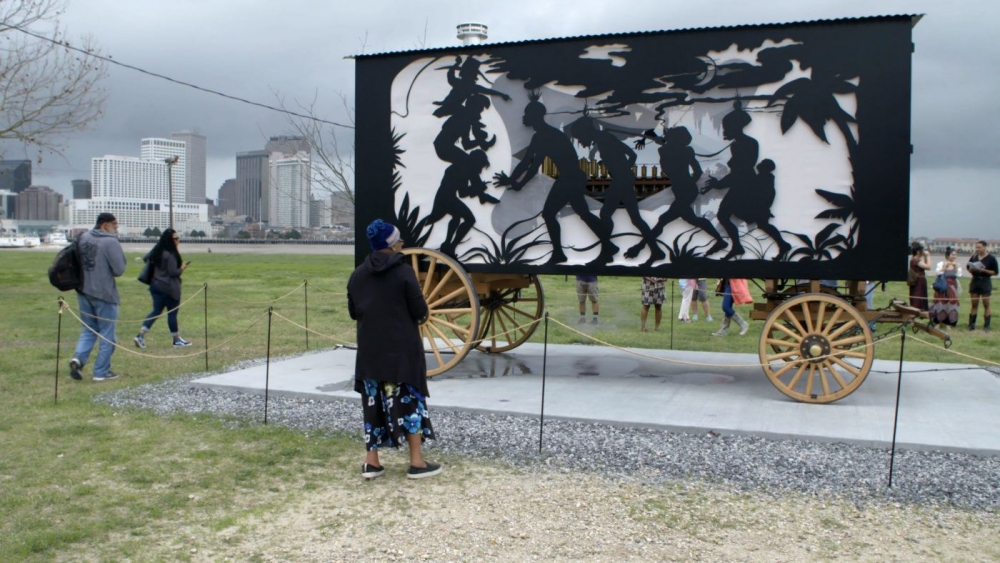 Art21's latest Extended Play video features an interview with Jason Moran and Kara Walker discussing their collaborative work Katastwóf Karavan (2018). Installed at New Orlean's Algiers Point on the bank of the Mississippi River and activated daily across three days in February 2018, the work featured a thirty-two-note steam calliope performed by Moran and housed in a wagon developed by Walker.

Walker and Moran share how performing Katastwóf Karavan at Algiers Point pays tribute to Africans who were brought there to be sold into slavery in the 1700s. The calliope will honor “millions of ancestors, in a way that we aren’t sure about what we’re about to touch,” says Moran. Not intended to live in one place, Walker hopes to tour the monument to other locations similar to Algiers, noting “there are many places like that in the Americas and I think that it’s worthwhile to explore.”

To watch the full video and for more information, please visit Art21's website.